For our last lockdown competition, we asked our students to send us a couple of paintings or drawings which they felt represented what they’d learnt at the studios. It could be a cast drawing, portrait, figure or landscape and it didn’t have to have been created at the studios. Thank you to all those who participated in the last competition. We have been so impressed by all of the drawings and paintings which have been submitted over the last 6 weeks. Well done all!… 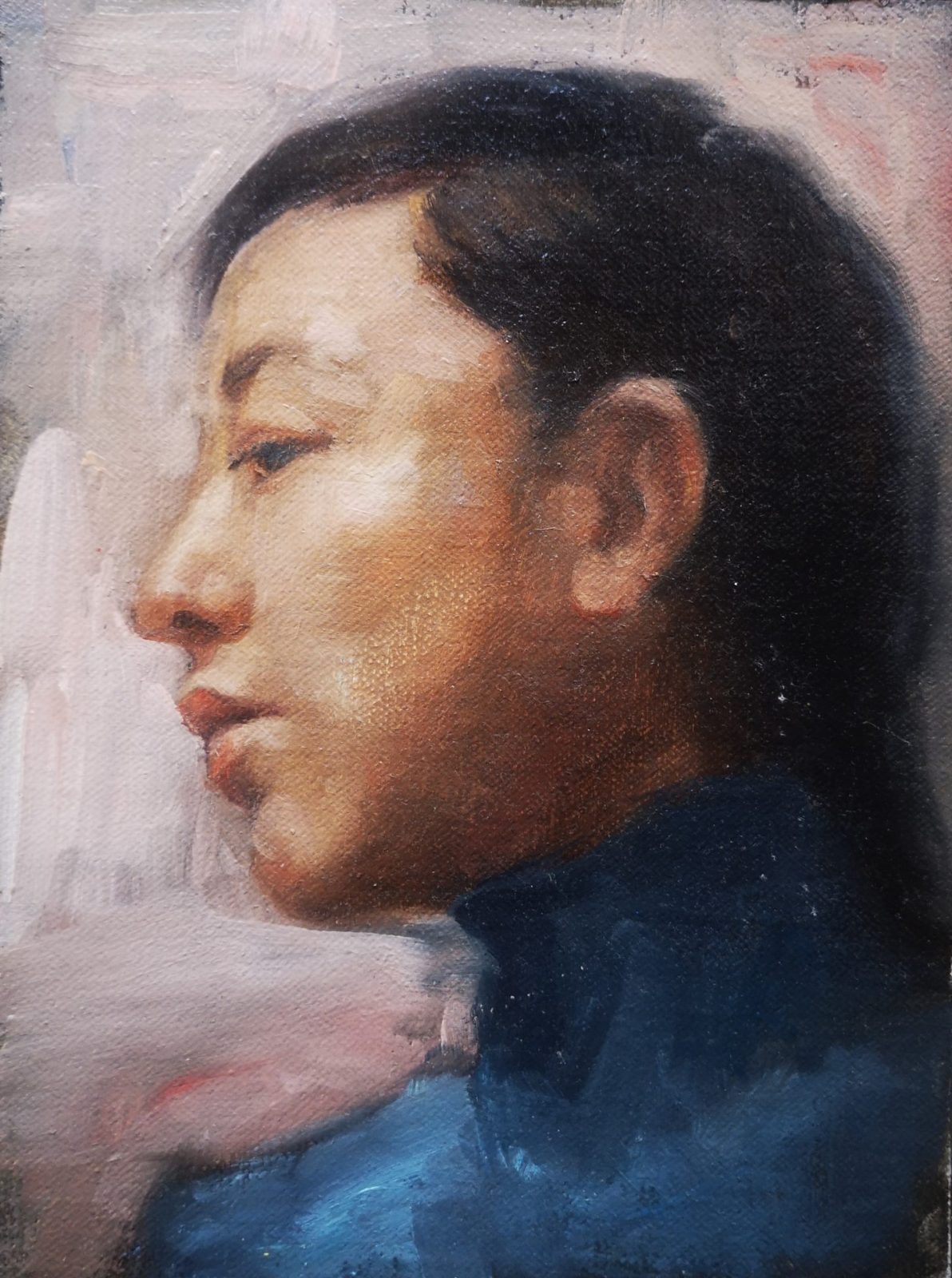 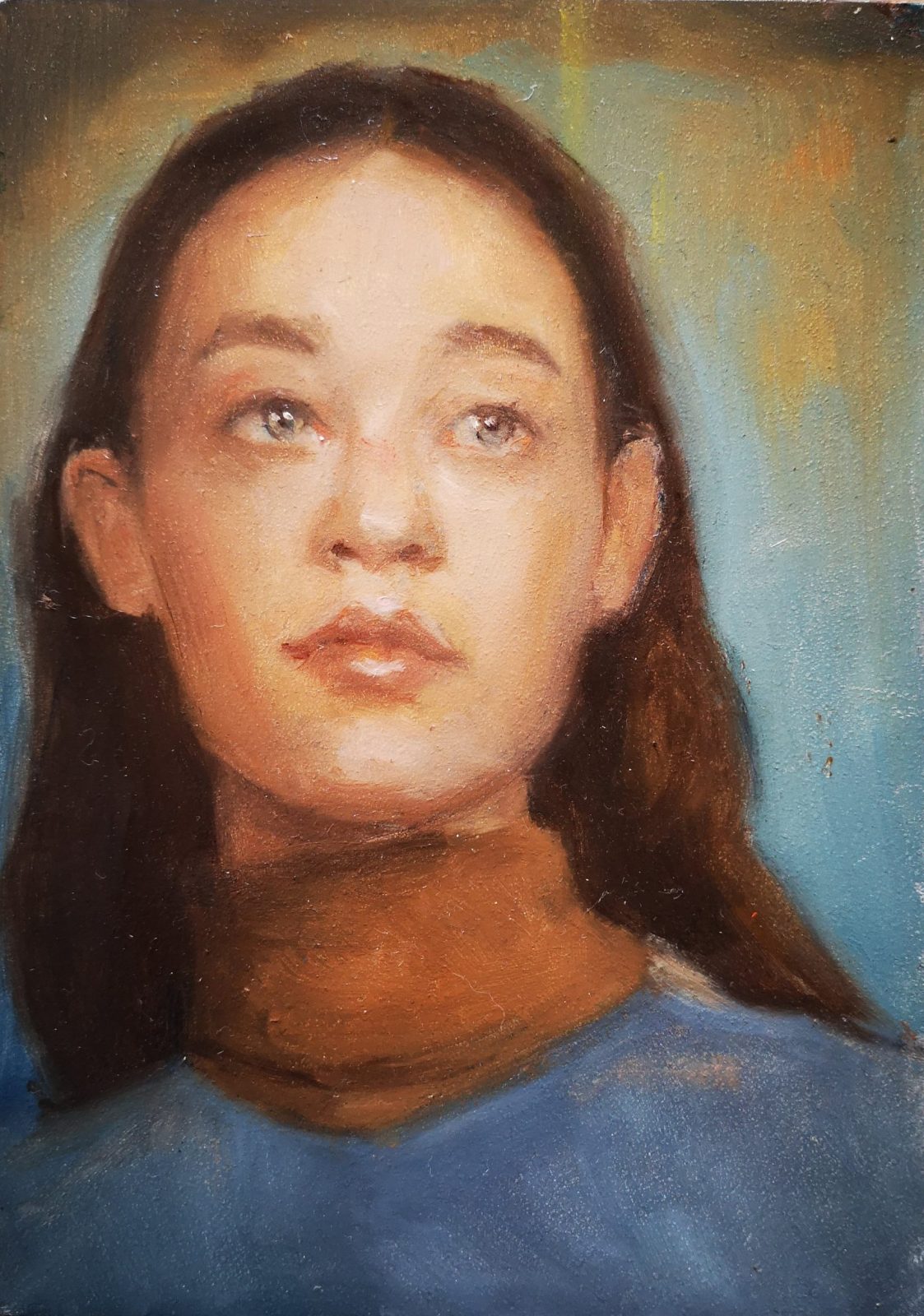 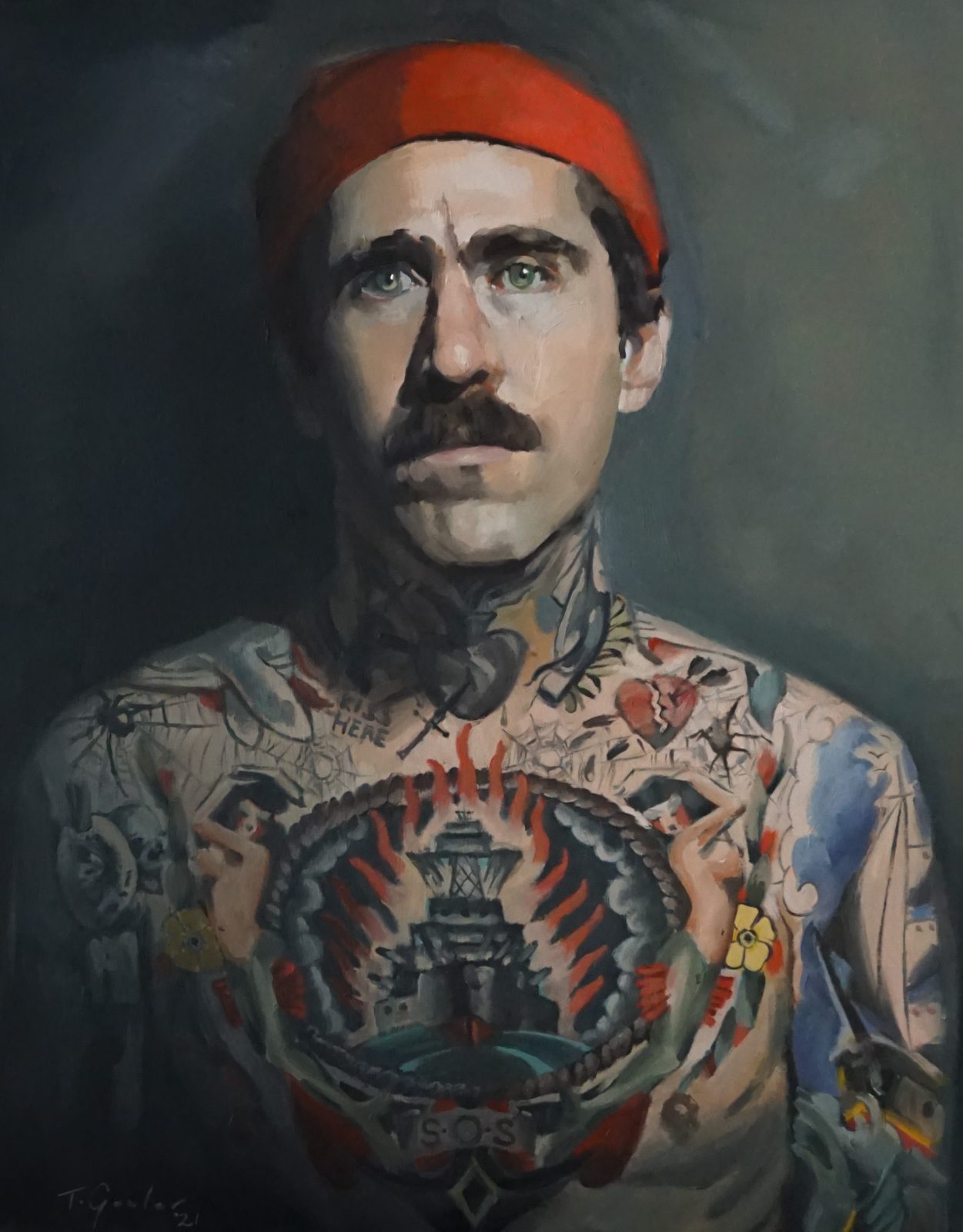 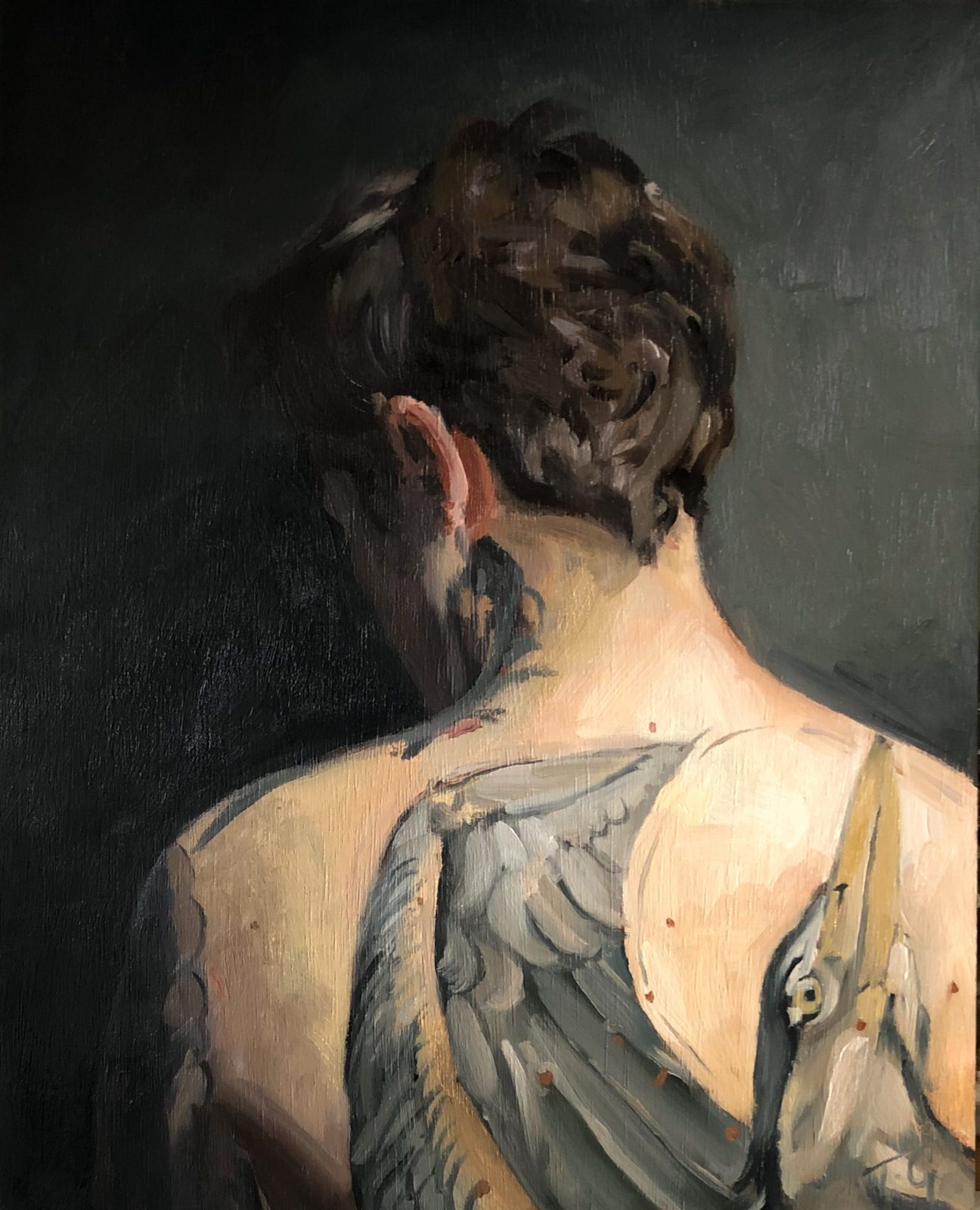 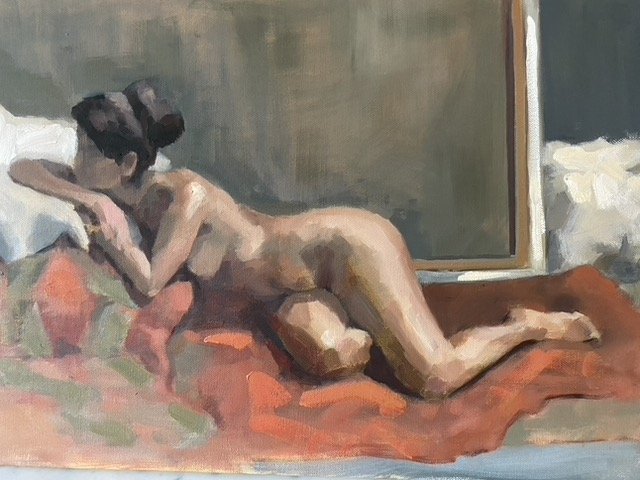 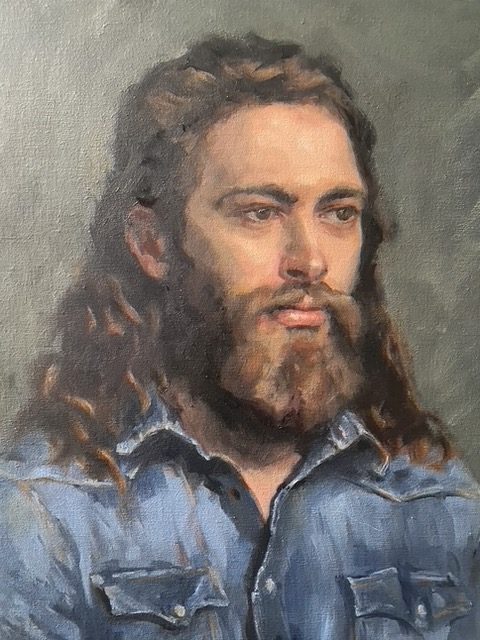 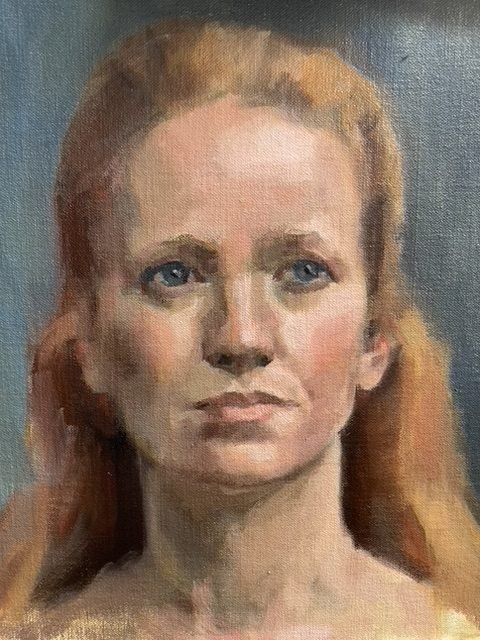 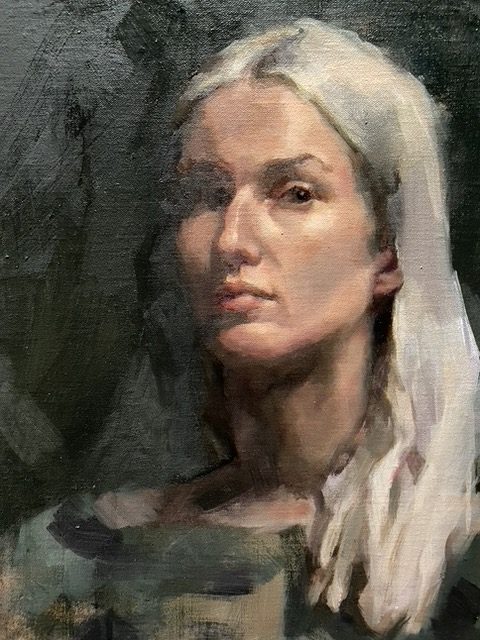 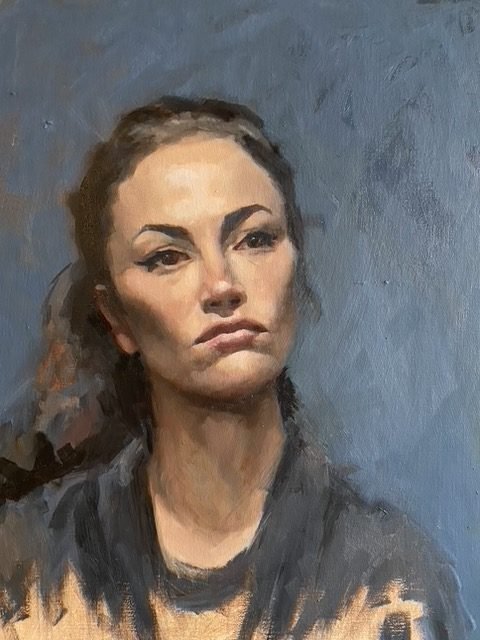 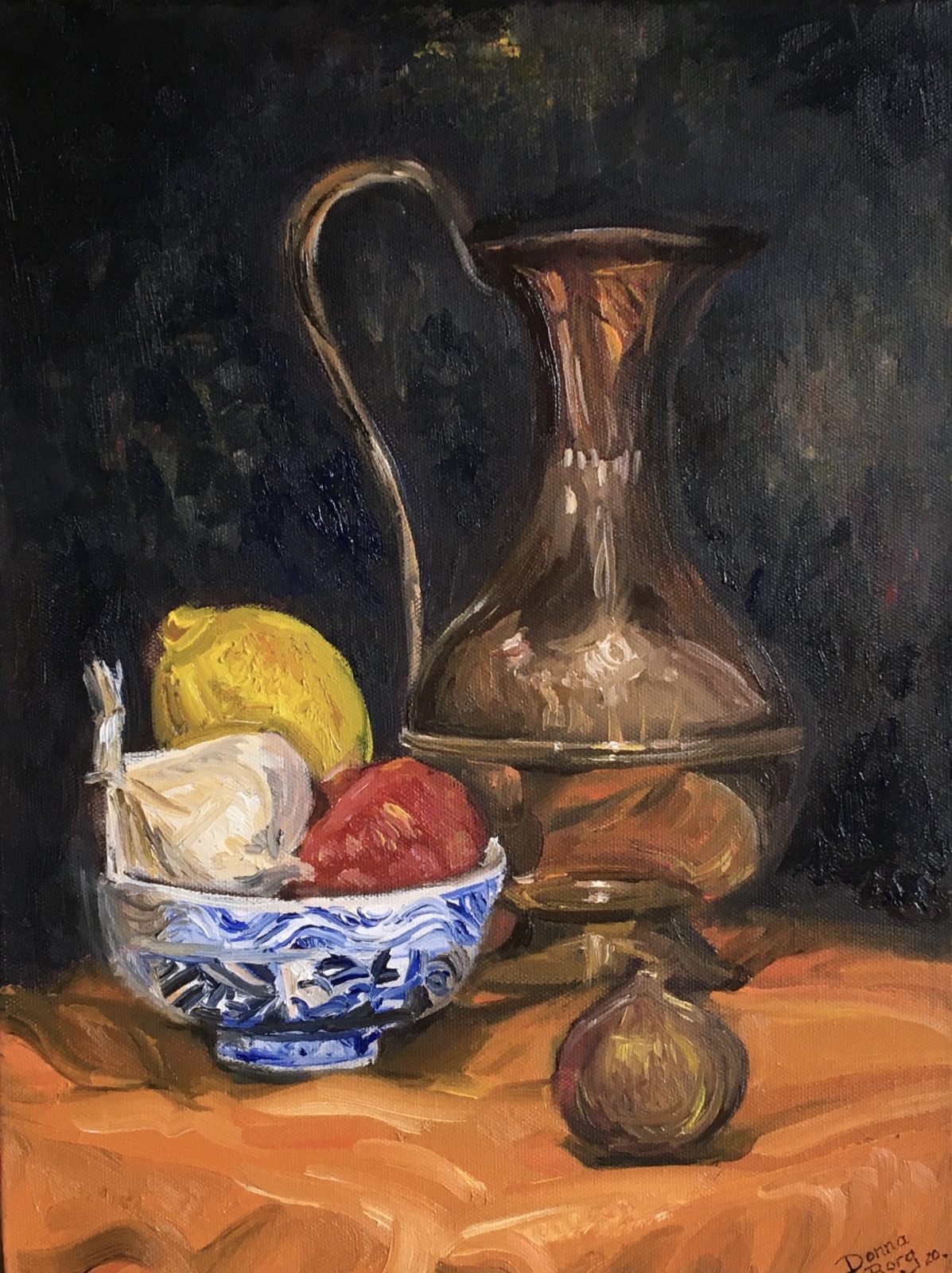 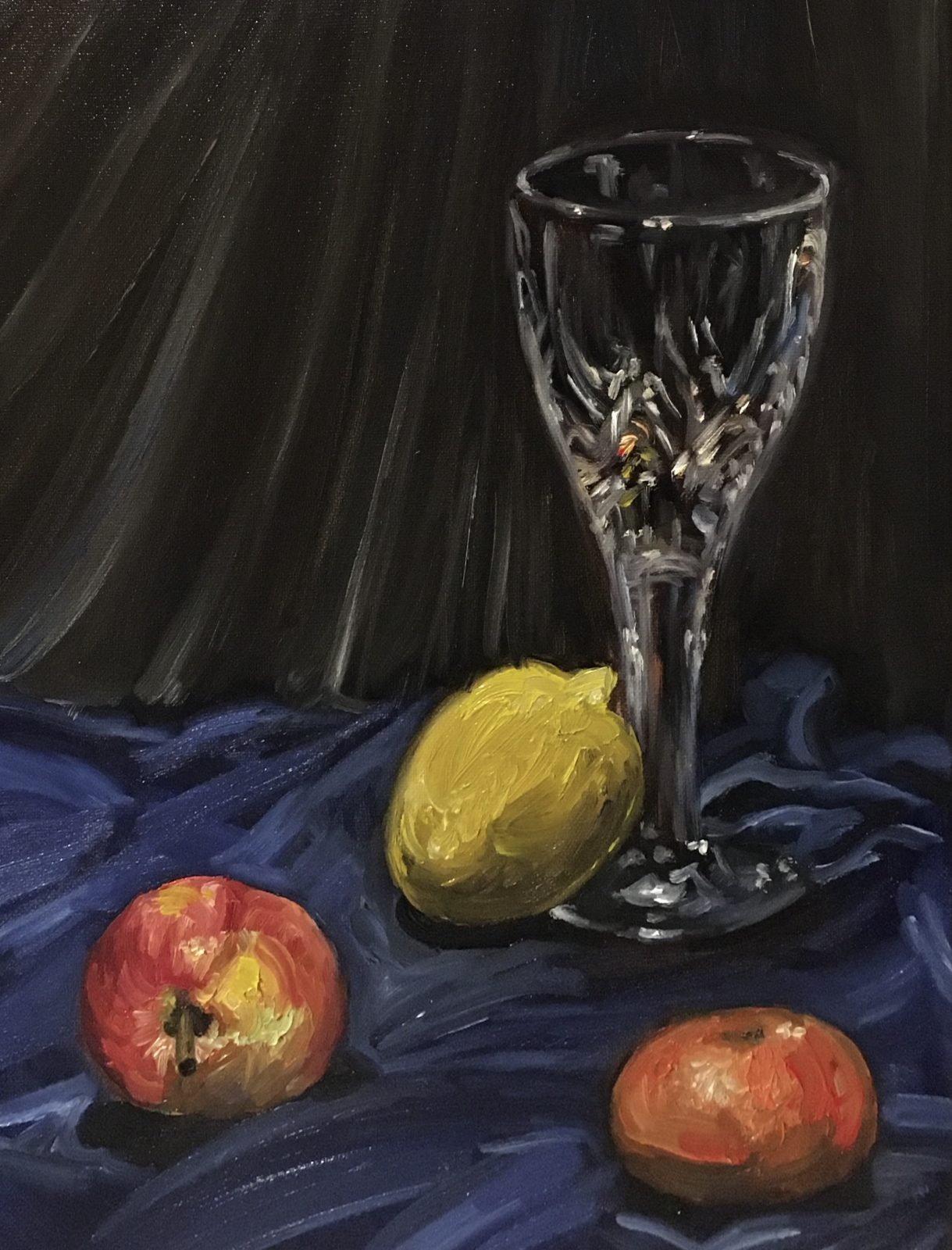 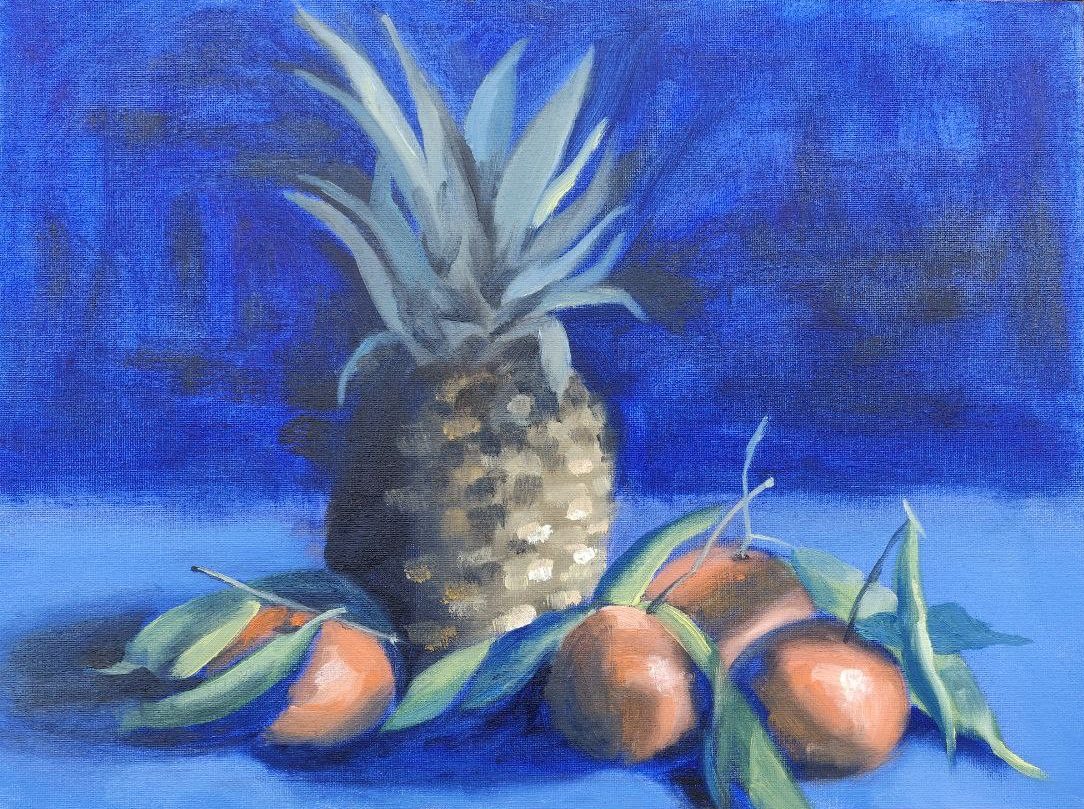 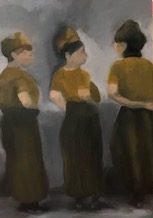 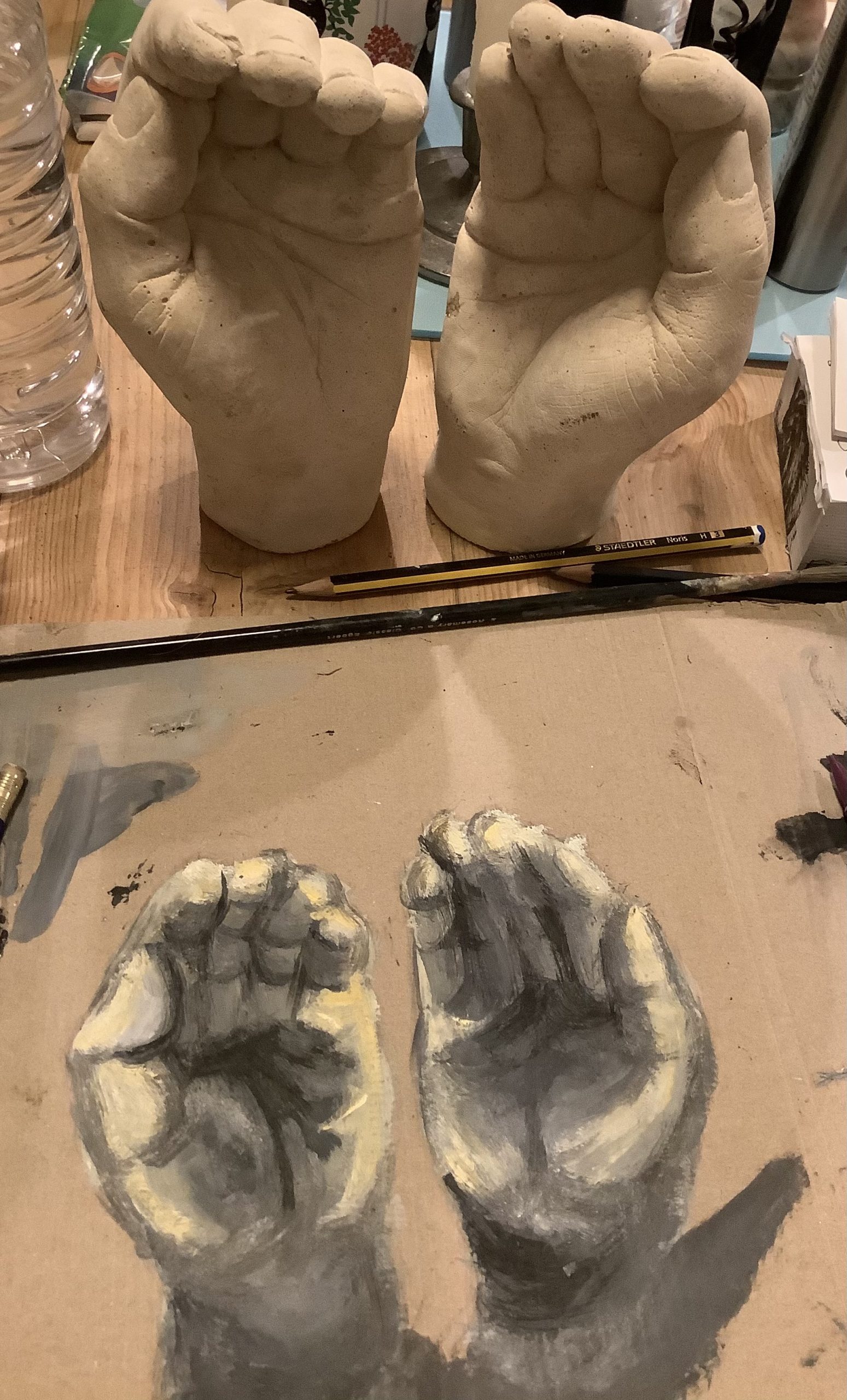 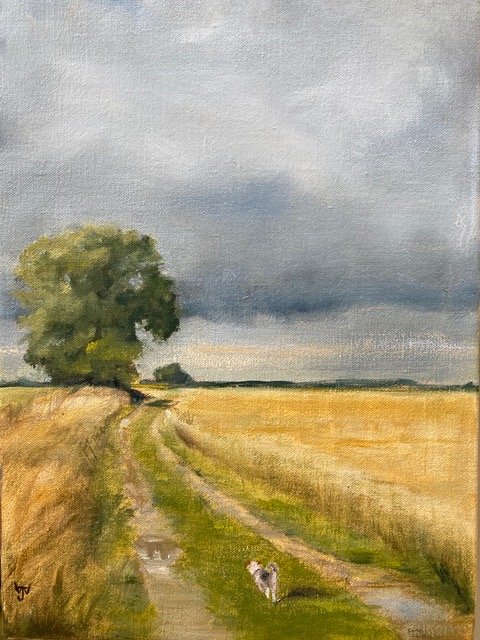 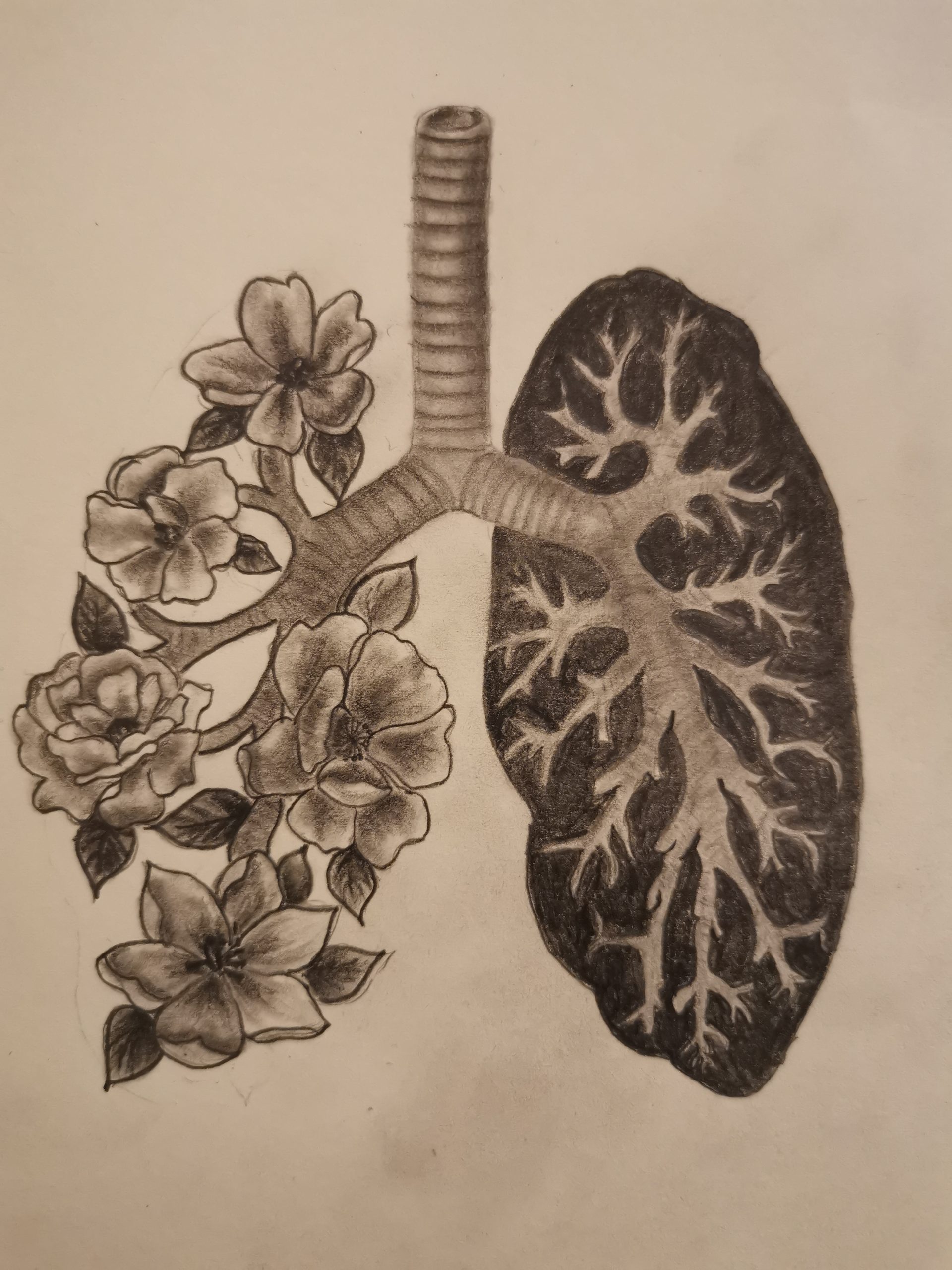 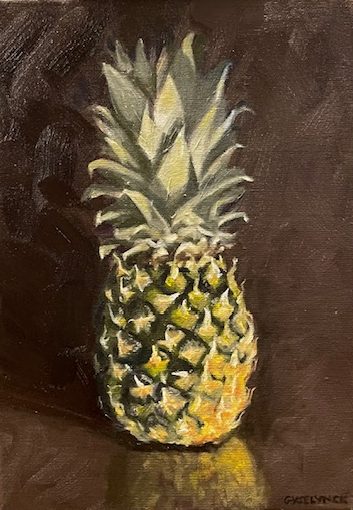 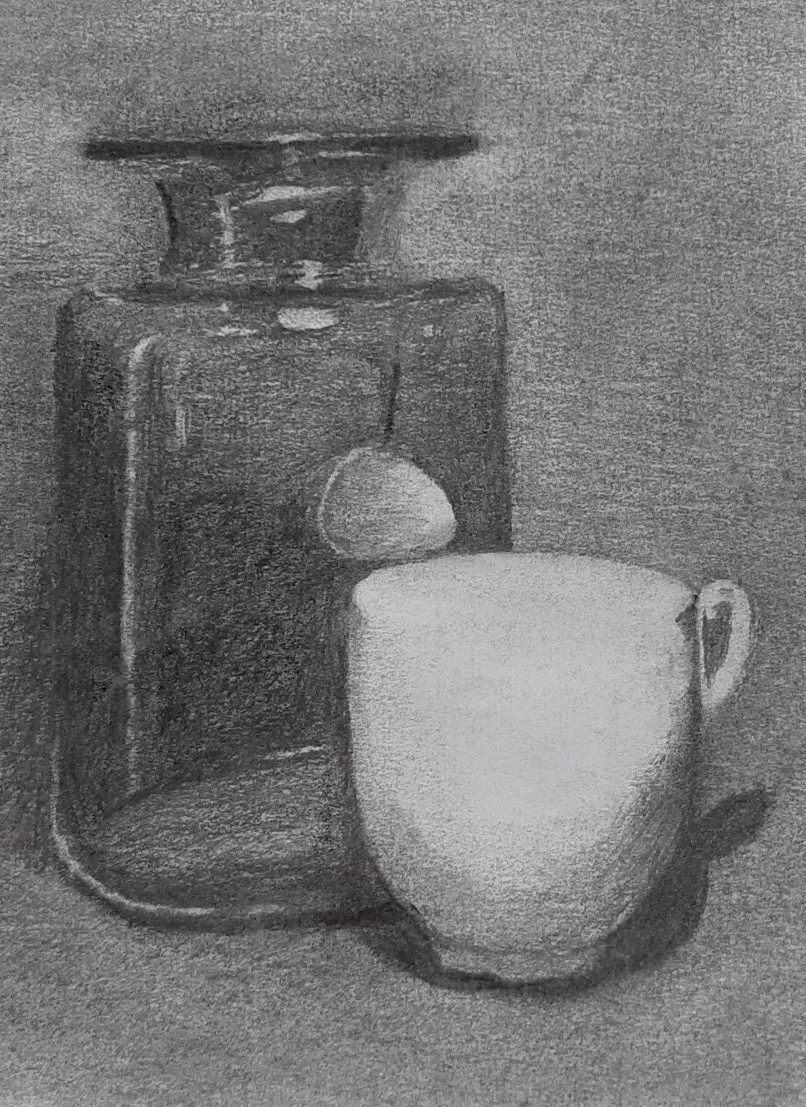 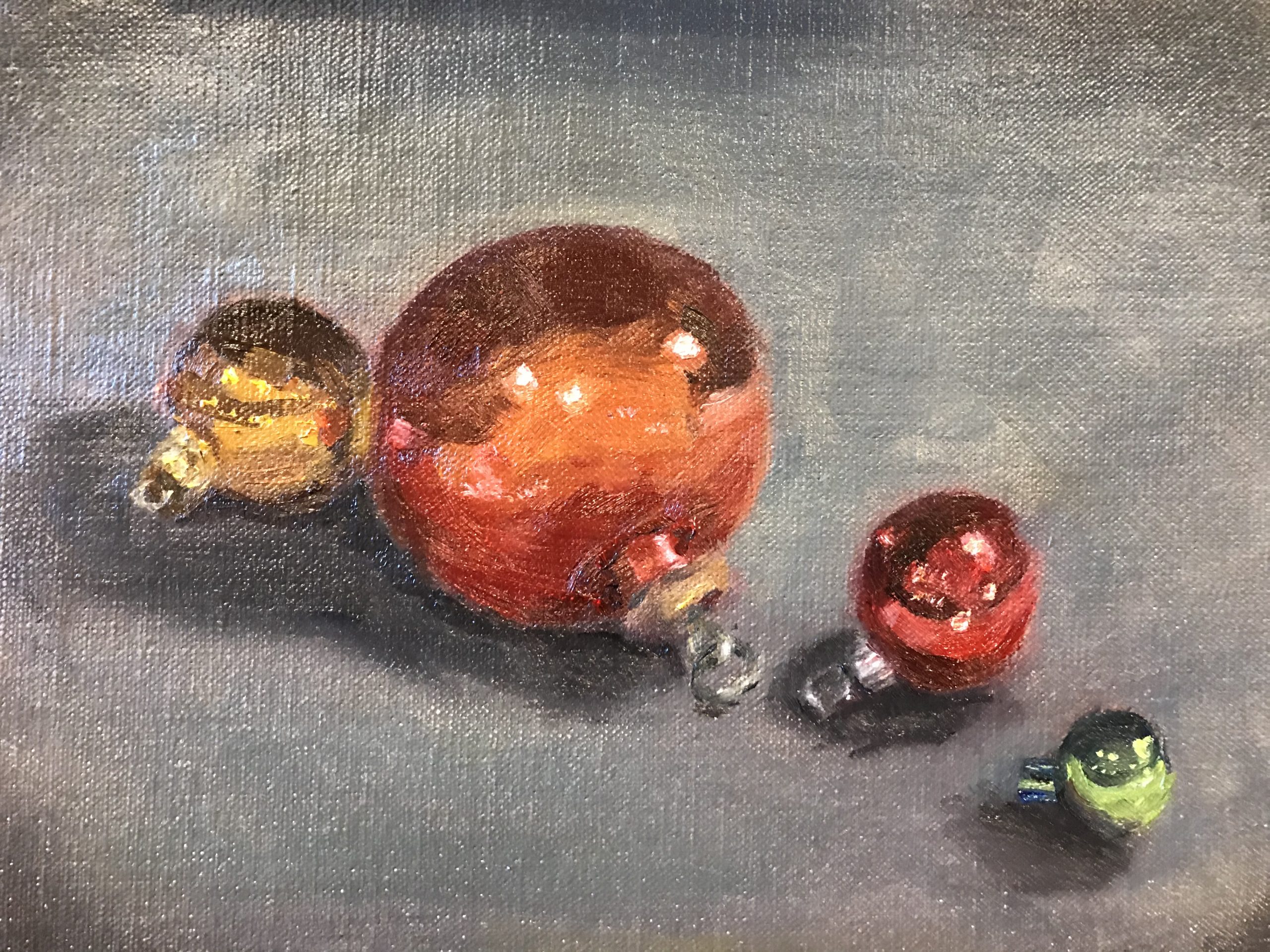 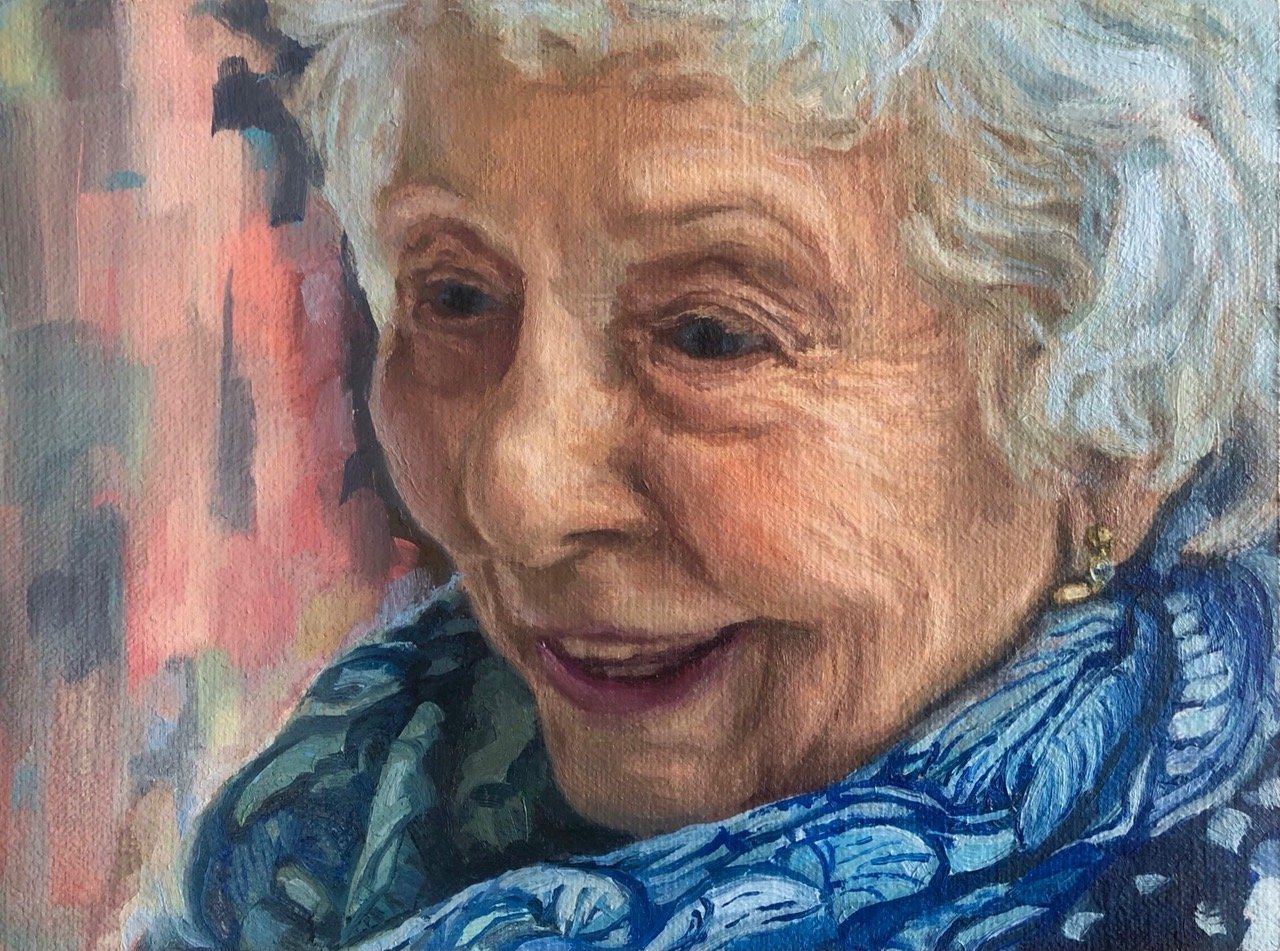 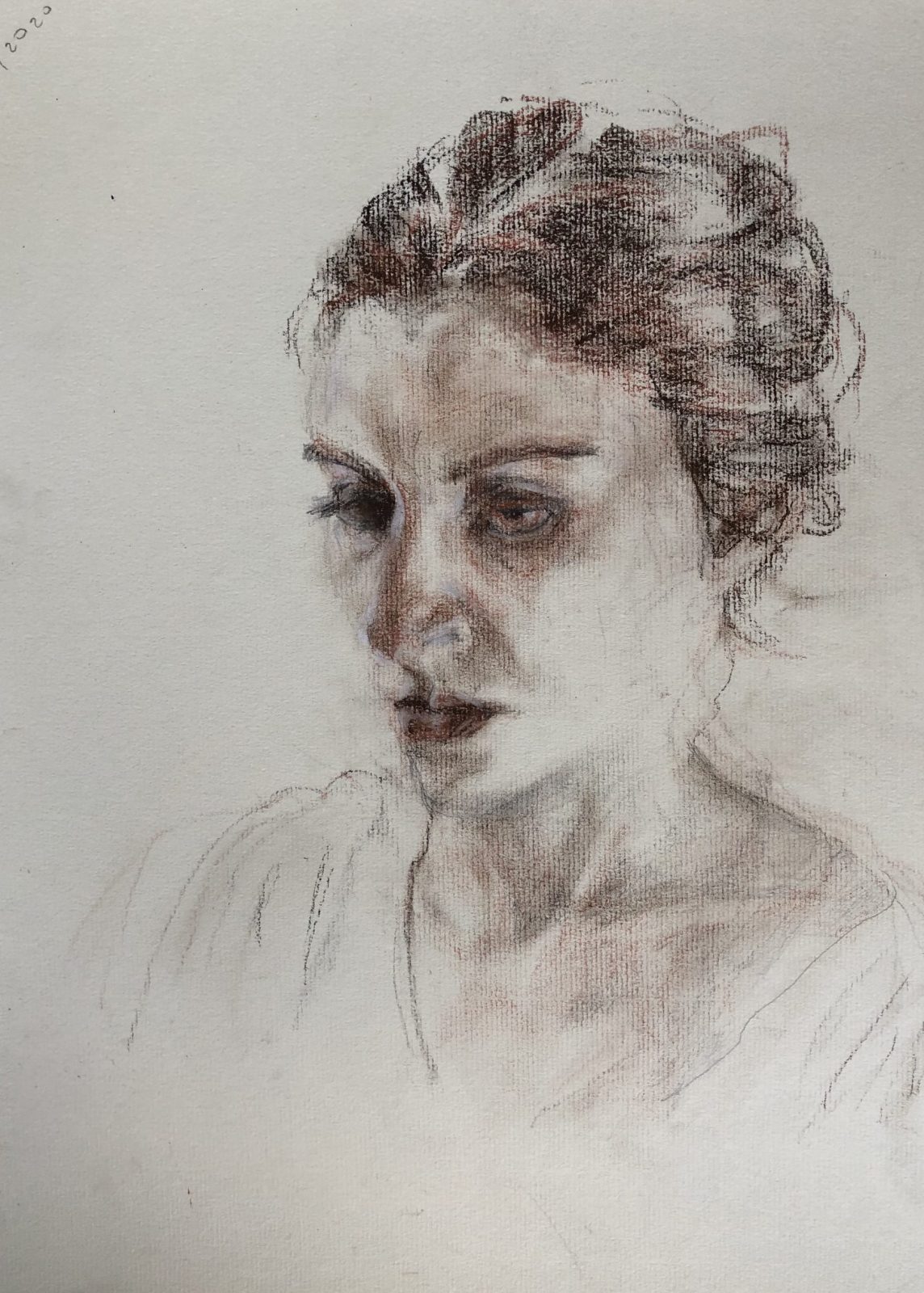 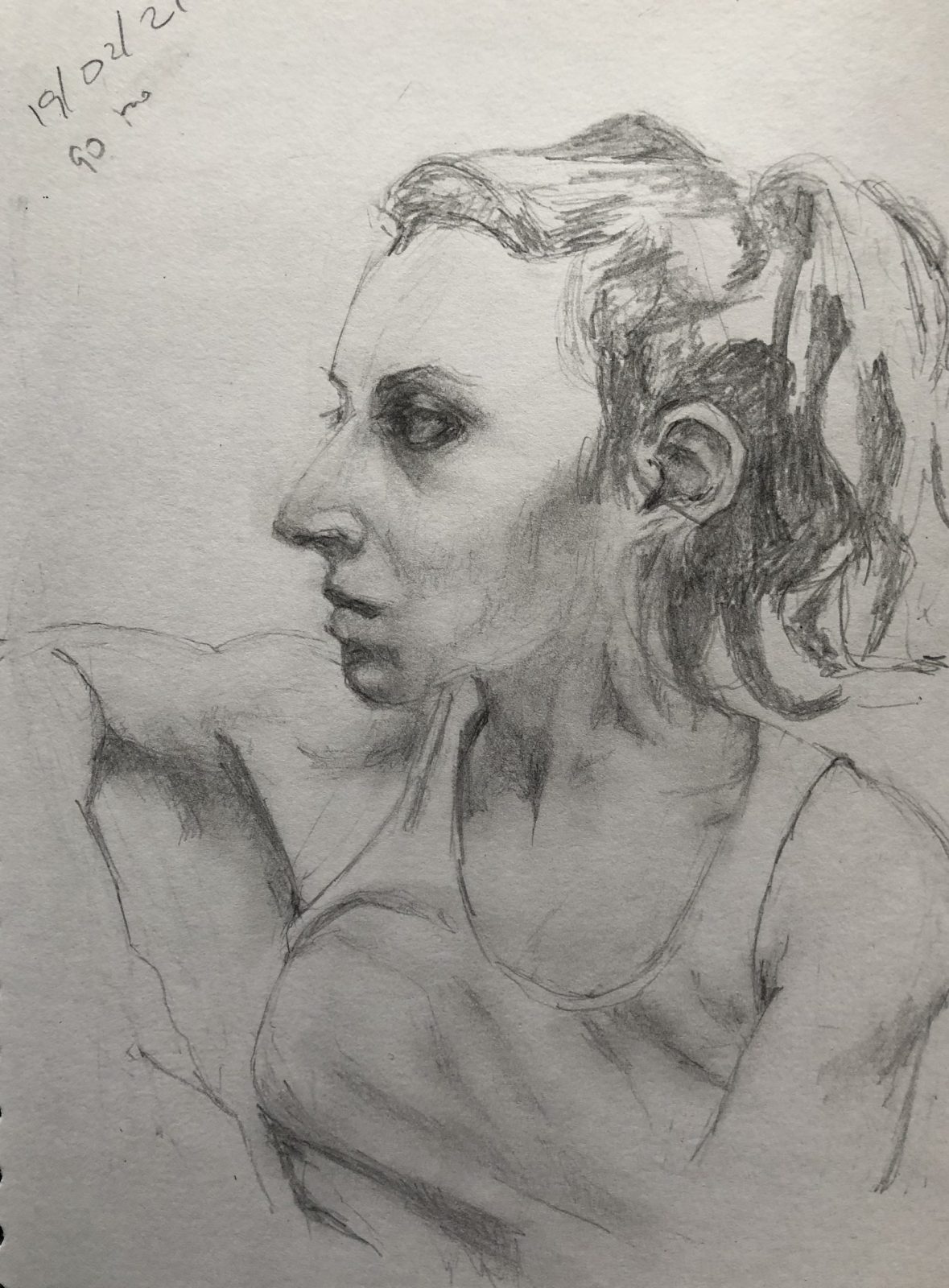 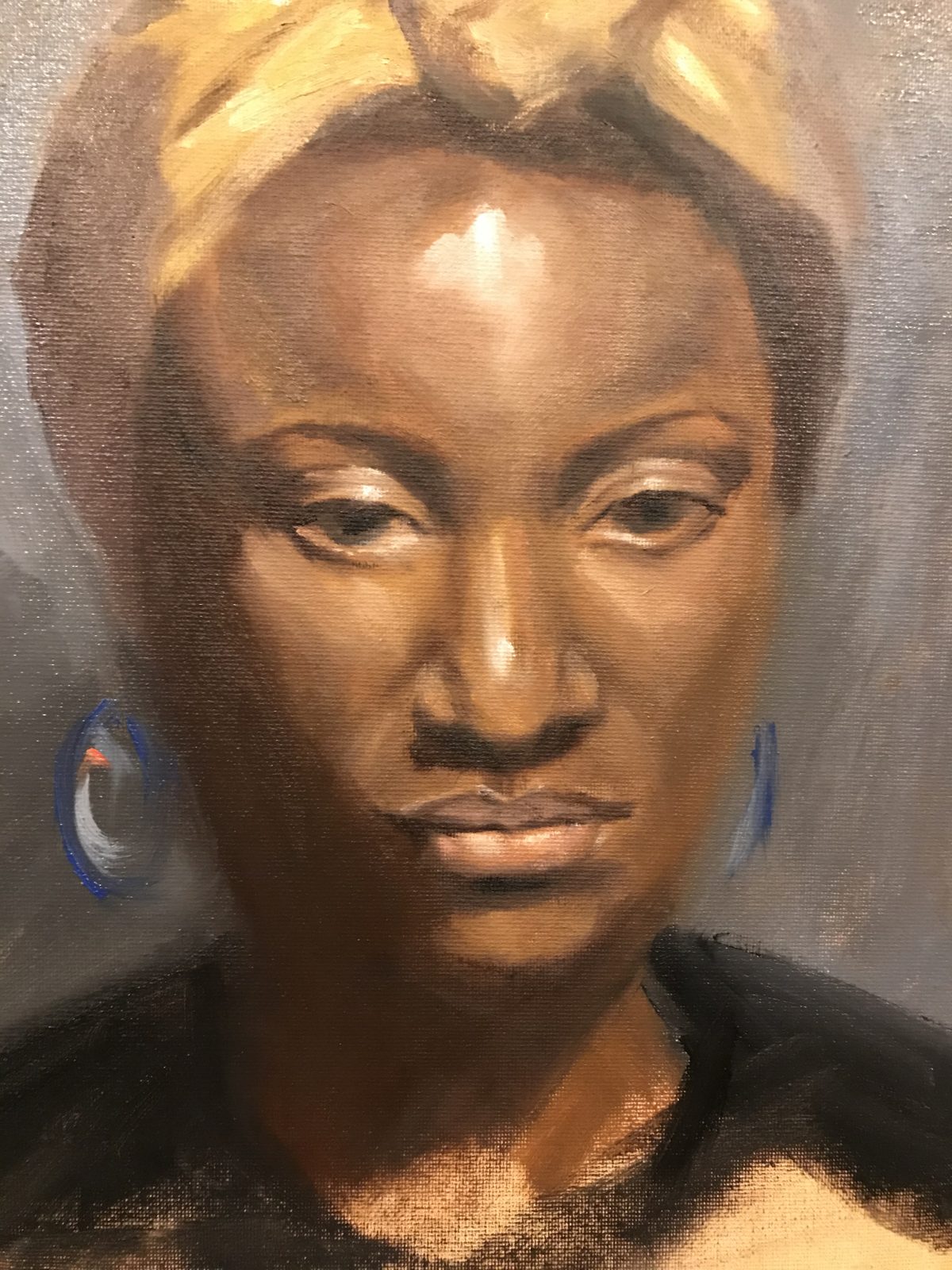 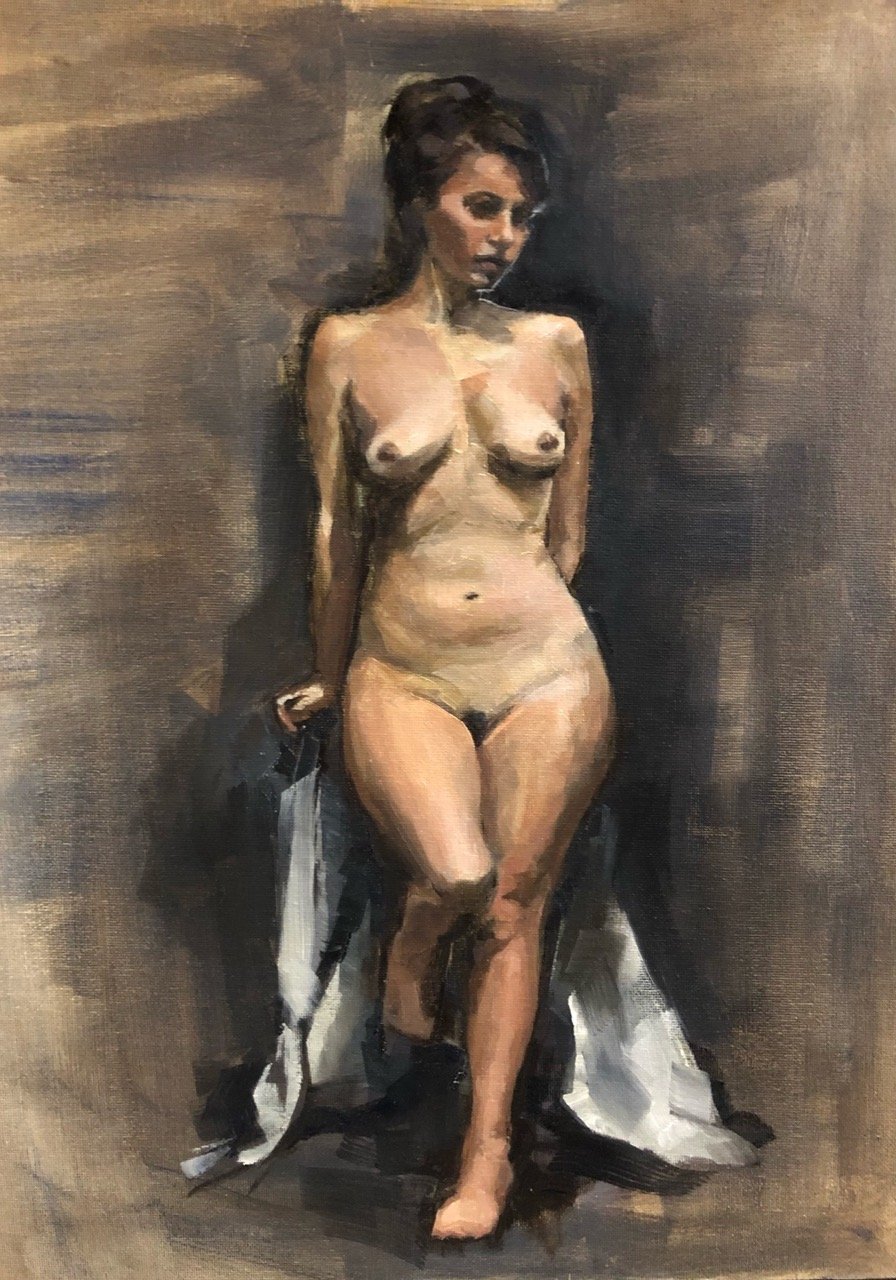 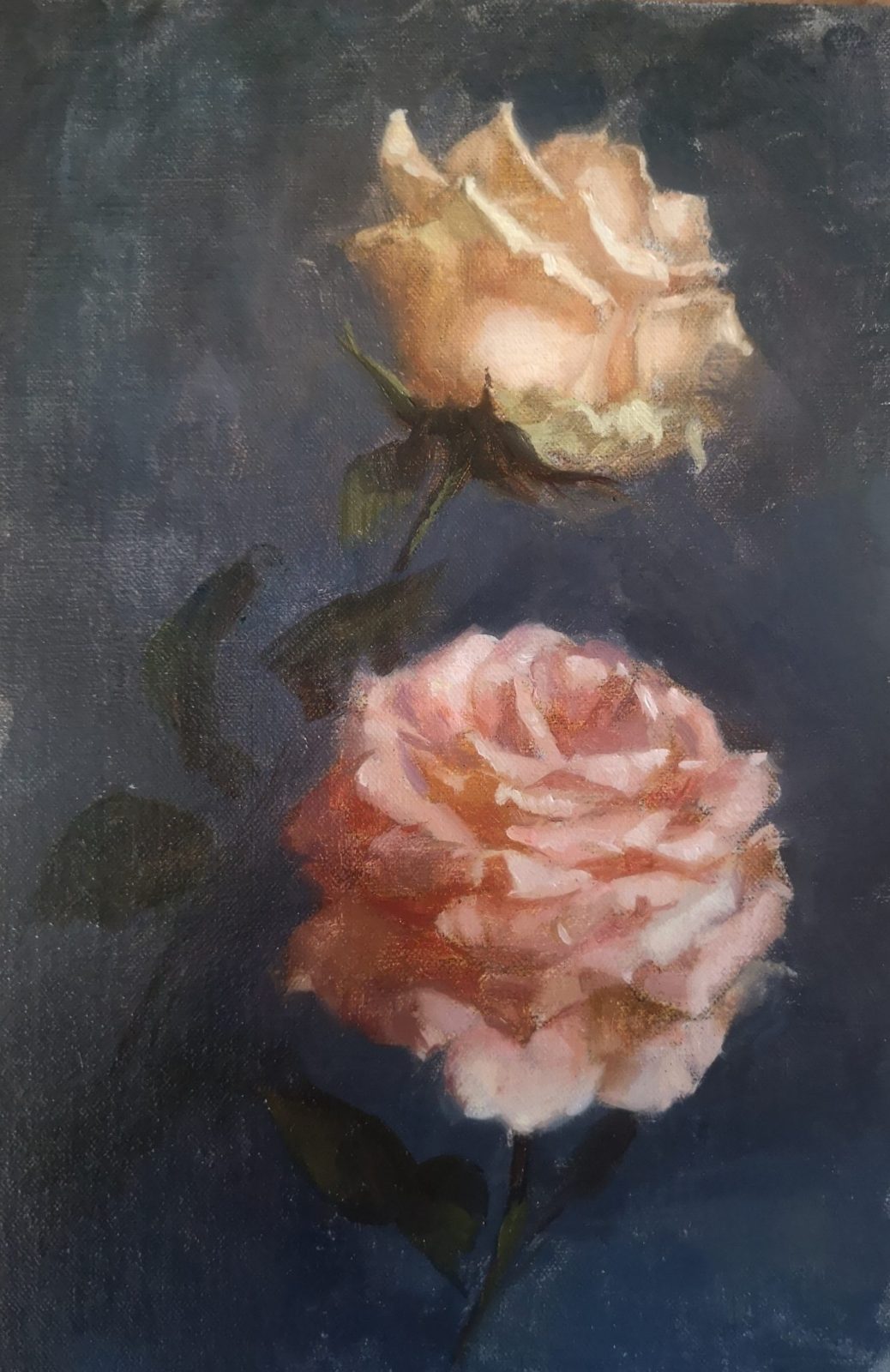 Cristina is this week’s winner

Cristina has been studying at the studios for a number of years and has recently caught the flower painting bug! She regularly attends Nneka’s still life classes and she submitted her lovely painting as she feels that it represents her biggest achievement of painting roses.

One of our tutors, Nneka Uzoigwe, was invited to this year’s Autumn Harvest Festival Show at the Royal Horticultural Society. She had two days to present a live painting demonstration of a wide range of harvest staged by the RHS. 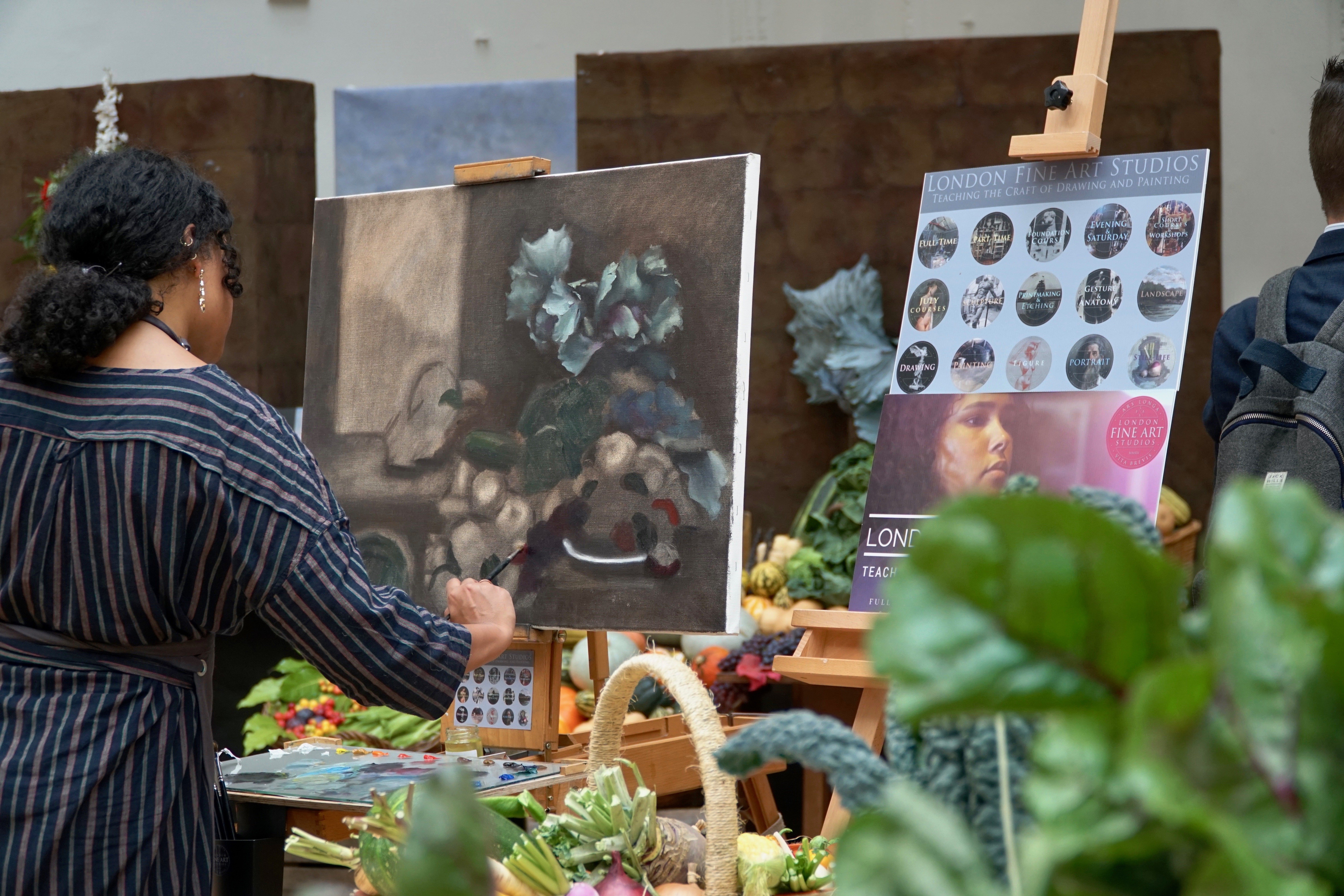 In Nneka’s own words:

This autumn we were invited to the RHS Harvest Festival to paint a magnificent still life display. It was created by ‘Pennard plants’ as an interpretation of the painting, ‘Cookmaid with Still Life of Vegetables’, by Sir Nathaniel Bacon.

Intended as an interactive living artwork, the public was invited to complete the setup by posing as the cookmaid!
In contrast to several months in which Sir Nathanial would have spent first growing and then carefully rendering each vegetable, I had only two days! I decided to set myself a fun challenge to try to paint the majority of the large display instead of just picking a small section. Using a direct approach, I started by quickly covering my canvas with a dark tone and pulled out the lights with tissue to establish the composition and a rough value pattern. I then began blocking in all the shapes of colour, rendering the most detail within the focal points and moving out from them more abstractly.