Skip to content
We are really excited about Felicia Forte coming to teach with us again this summer.
Last year, with the funds raised from her painting demonstration evening, Felicia very generously offered travel funds to two of the students who had attended her workshop and whom she believed would greatly benefit from time with her in Detroit.
We will be devising another exciting plan for a project with the funds raised by Felicia in conjunction with the Studios Next Generation Fund. The Next Generation Fund helps aspiring artists study at the studios and beyond.
Georgie Vestey writes about her experience in this blog:

Detroit with Felicia Forte, Claudia, and I arrived at Detroit airport at the rather anti-social hour of 2am. Nevertheless, Felica and Matt were there to take us to what would be our home for the next two weeks! This was my first trip to America and I was immediately thrilled as we drove past ‘The largest tyre in the world’ (literally) which was on display at the side of the highway for all to see. We received the warmest of welcomes, not only from Felicia and Matt but from their wonder dog, Seven who was overjoyed to have two Brits crashing in her pad and would later take it upon herself to become our personal and very personable alarm clock! 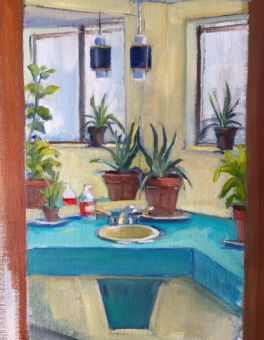 Felicia’s home was incredible; built in the 1950’s by people who clearly knew how to party, wacky colours and cutting edge furnishing ran throughout the house and it was impossible to move an inch without another enticing object catching your eye. We subsequently spent our first day painting interiors, I chose to take on a turquoise and lemon yellow bathroom; being inclined towards using a colourful palette, I was in complete heaven!

We’d set up a still life and paint it all together, it was amazing to see Felica at work and was in awe of the level of control she had over every brushstroke. I learnt that less can definitely be more and that it was worth slowing down when you’re not running around London in pleinair mode and covered in paint. Felica had kindly organised models to sit for us which I really enjoyed, having been out of portrait painting practise for a while it was really refreshing to see her method and found honing in on one feature relatively early on in the process really helpful. We also sat for each other which gave us the opportunity to work up some of our portraits and listen to ample supernatural podcasts. 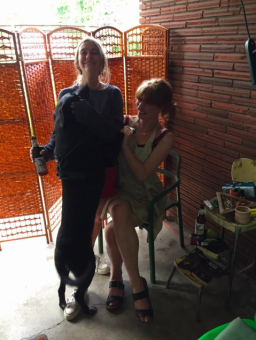 As well as painting our socks off, Felicia and Matt were keen to give us some all American experiences. Off we went to the drive-in movies where we ate hot dogs and watched a double feature; a slightly suspicious shark film followed by an alligator thriller. It was magic. We went to visit the Detroit Museum of Art where we found Whistlers, Rembrandt’s and Kokoshka’s hanging on the walls.

It was a fantastic experience and I feel so inspired by Felicia’s gung-ho attitude towards her art, especially the scale of her larger pieces and challenging subject matters she seems to capture with ease. At one point we had discussed painting an inflatable paddling pool, whilst Claud and I shied away in fear, Felicia was already on Amazon prime organising a next day delivery! I’ve definitely walked away wanting to be more ambitious in my studio, especially with scale and subjects that I might have run a mile from before. 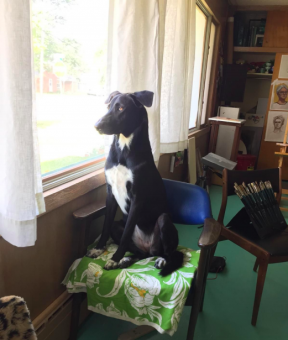 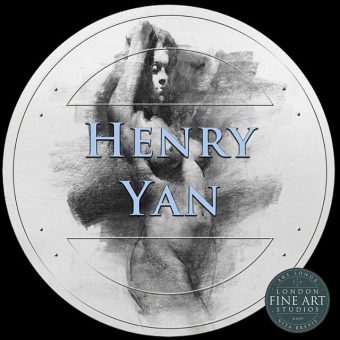 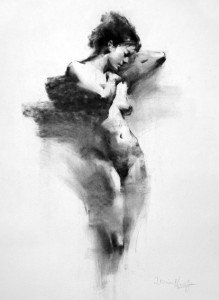 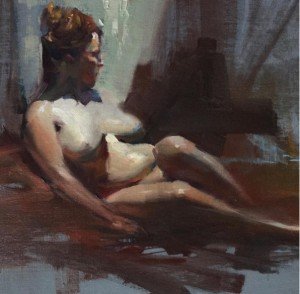 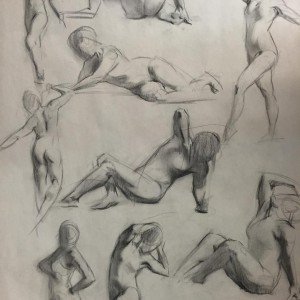