Skip to content
A recent visit to the British Museum’s Manga Exhibition reviewed by our De Laszlo scholar Sarah Thien.

Just as May was drawing to a close, I had the pleasure of visiting the amazing Manga exhibition at the British Museum. It’s the largest Manga exhibition on display outside Japan. and brings to life the beauty of manga, taking the audience on a journey through the origins, theme, and artwork.

Aptly, the mouth of the exhibition opened with an Alice in Wonderland themed section, which made me feel as if I were about to descend down a rabbit hole on an adventure of discovery and a feeling my perception would be changing. 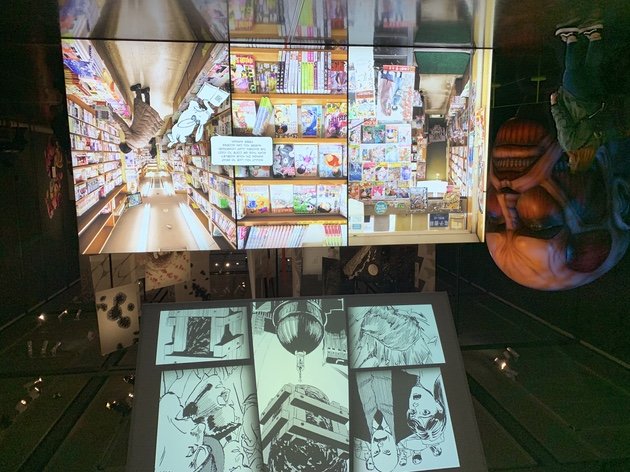 The exhibition touched on the history of manga and illustrated storytelling, with early examples of Hokusai woodblock prints and famous scrolls. Scrolls were a huge inspiration for Osamu Tezuka; widely regarded as the “God of Manga.” In his 40-year career, he created over 700 manga series and drawn over 150,000 pages. Tezuka’s unique storytelling style is on display, and is a great example of interesting storytelling page layouts. 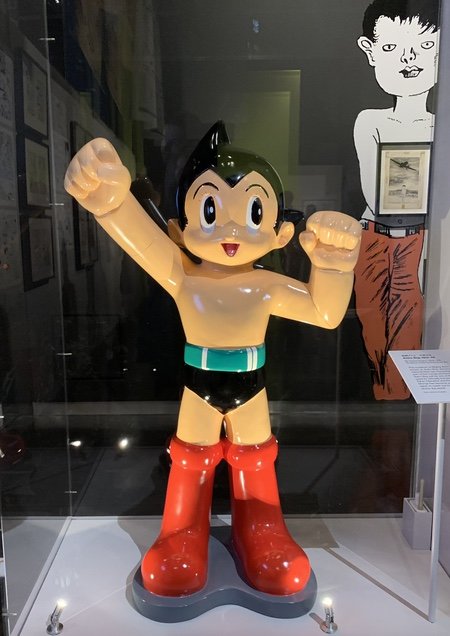 There were also illustrations by the famous 19th Century artist Katsushika Hokusai (most famous for his Great Wave painting). His woodblock drawings of people, animals, and nature were published as ‘Hokusai Manga’. There is even an original illustrated Kabuki curtain which is so old that this will likely the last time it will be on public display. 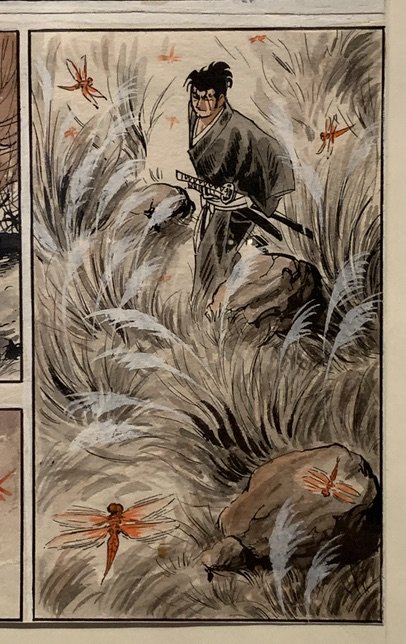 As well as displays of interesting Manga page layouts, there was an insight into drawing emotions, gesture and typical visual language Manga. The exhibition also gave great examples of the techniques and materials artists use. I especially enjoyed the short films showing artists drawing some famous manga titles.

I was also fascinated to learn that the Louvre in Paris commissions a new manga every year for its project Louvre No.9, and is a great example of how Manga has grown to be recognised by major art organisations and institutions. The “ninth art,” a term often used to describe comic books, known as bande dessinée in France. 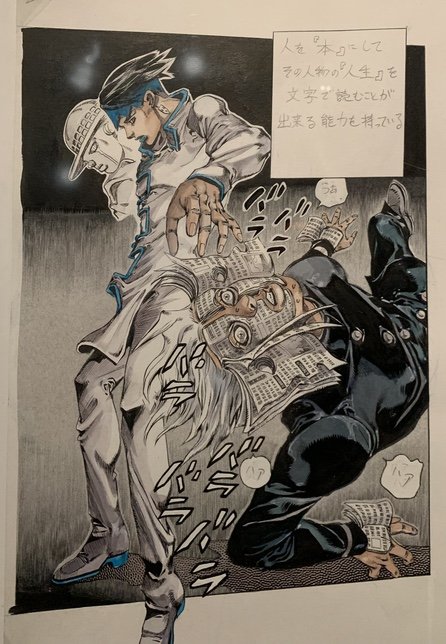 Interactive fun can be had too; within the exhibition is a recreation of Japan’s oldest Manga store, complete with shelves of mangas you can read and enjoy, and links to free online manga. There is also a chest full of cosplay items.

Highlights of the exhibition include:

A giant Colossus head from Attack on Titan.

The beautiful samurai drawing from the Vagabond manga.

The Rohan at the Lourve illustration by Araki Hirohiko. 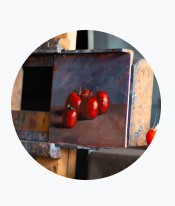 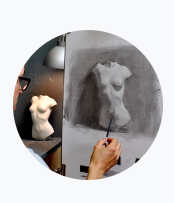 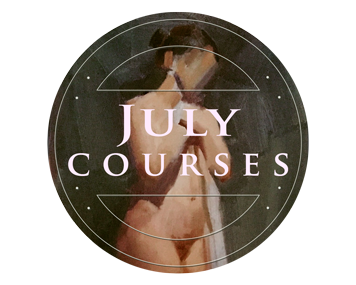